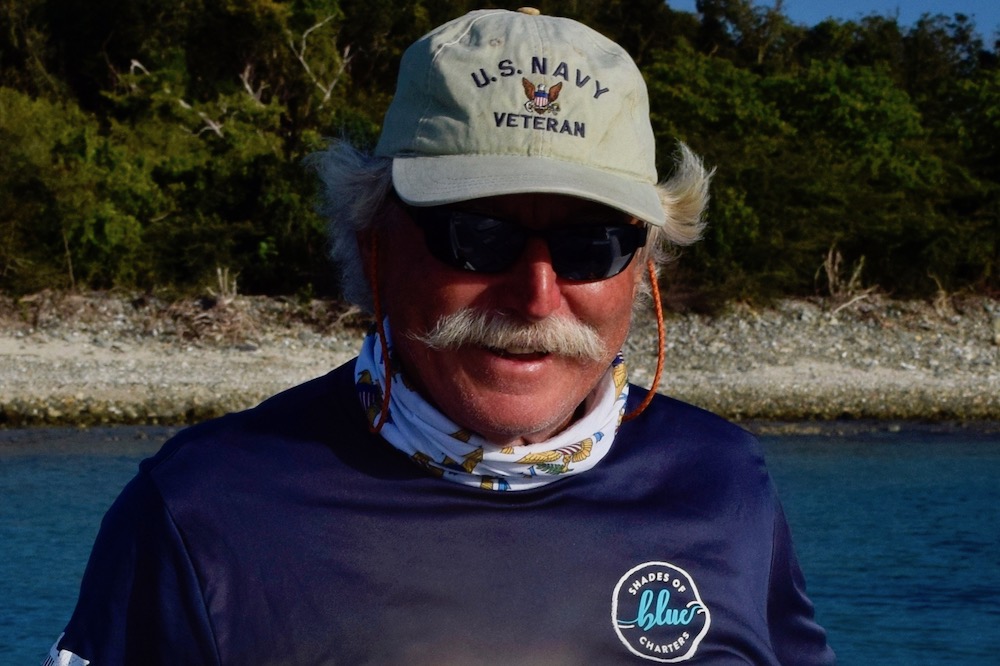 Allow me to introduce you to our captain and manager, Kirk McGeorge.
Captain Kirk joined the Navy in 1976 and served six years, first as an Aircraft Mechanic and later as a Deep Sea Diver.  He bought his first sailboat in 1983 and became a full-time, live aboard sailor in 1994. He has sailed his boat around the planet - twice. He earned his commercial USCG license in 1994, AMSA Master-V (Australia) in 1997 and has lived and worked exclusively upon and below the ocean his entire adult life. His passion has always been underwater with manned submersibles and was directly involved with the first (and last) manned expeditions to the Titanic. 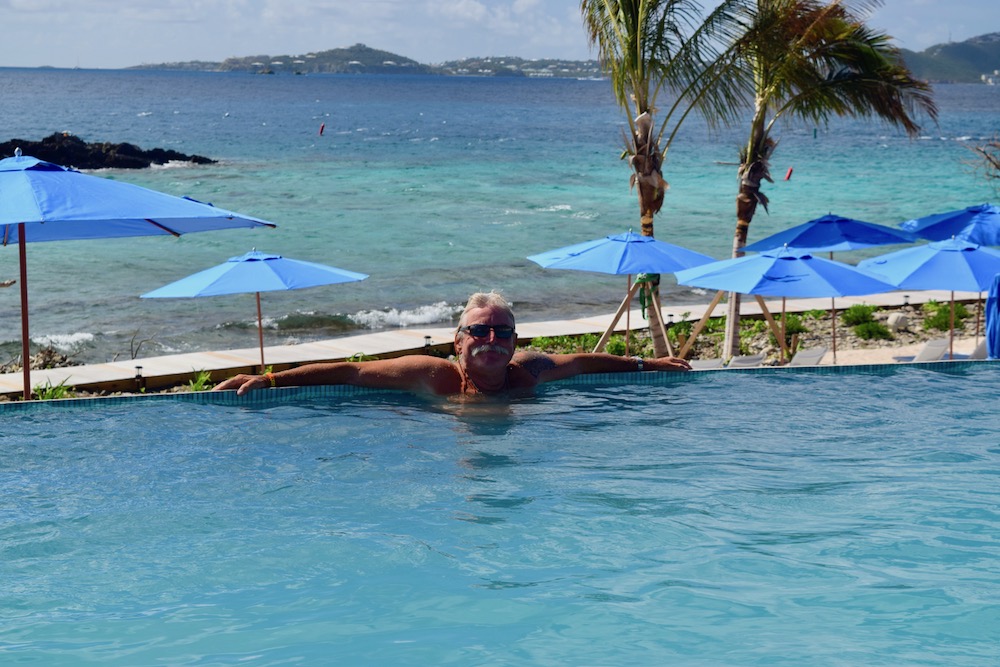 Kirk has called St Thomas "home" longer than any other spot on Earth and is currently living around the Virgin Islands aboard his Hylas 49 GALLIVANTER with his Canadian Super-Model wife, Cindy. 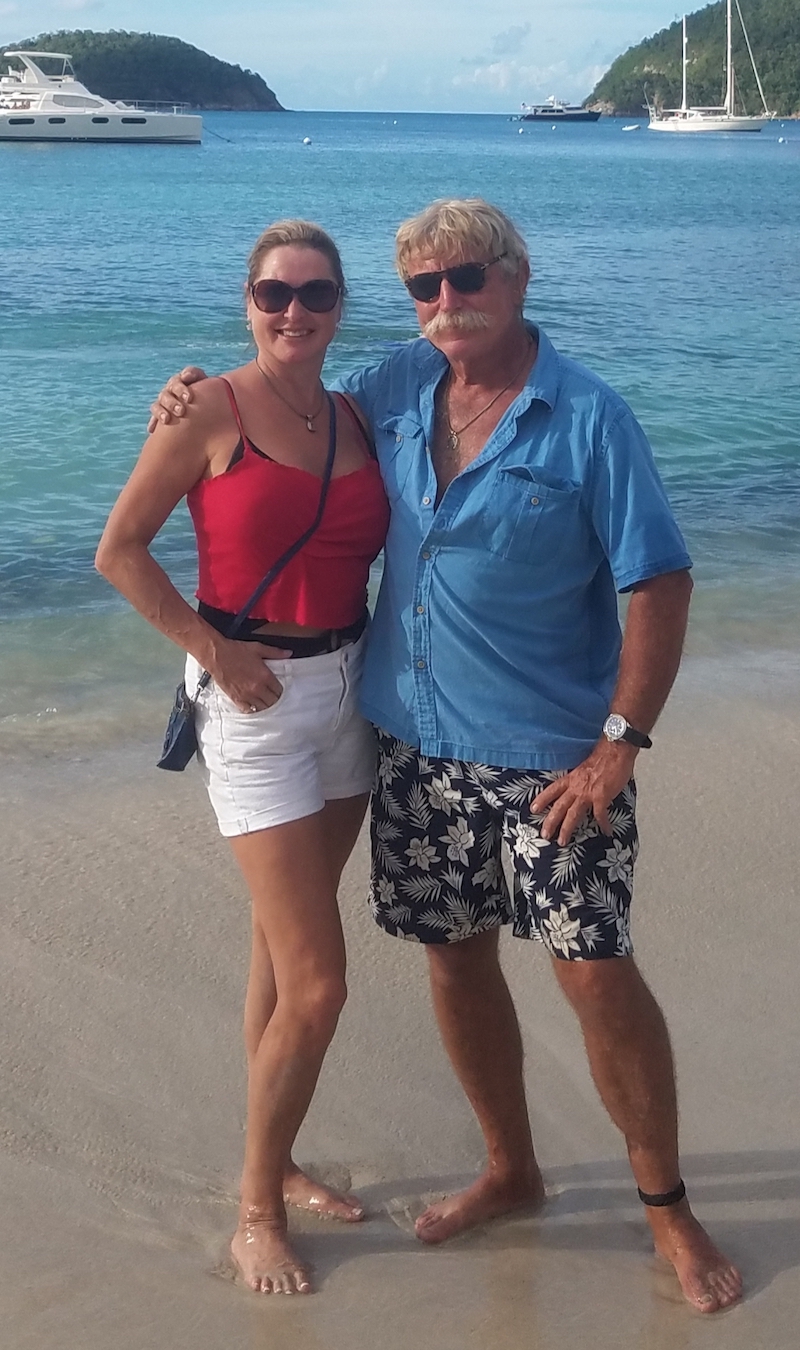 All of our charter guests love Captain Kirk and if you spend any time with him, you will understand why. He's a fantastic addition to the Shades of Blue team and I feel very fortunate to have found him.
If you see him out on the water or around town, be sure to say hello.