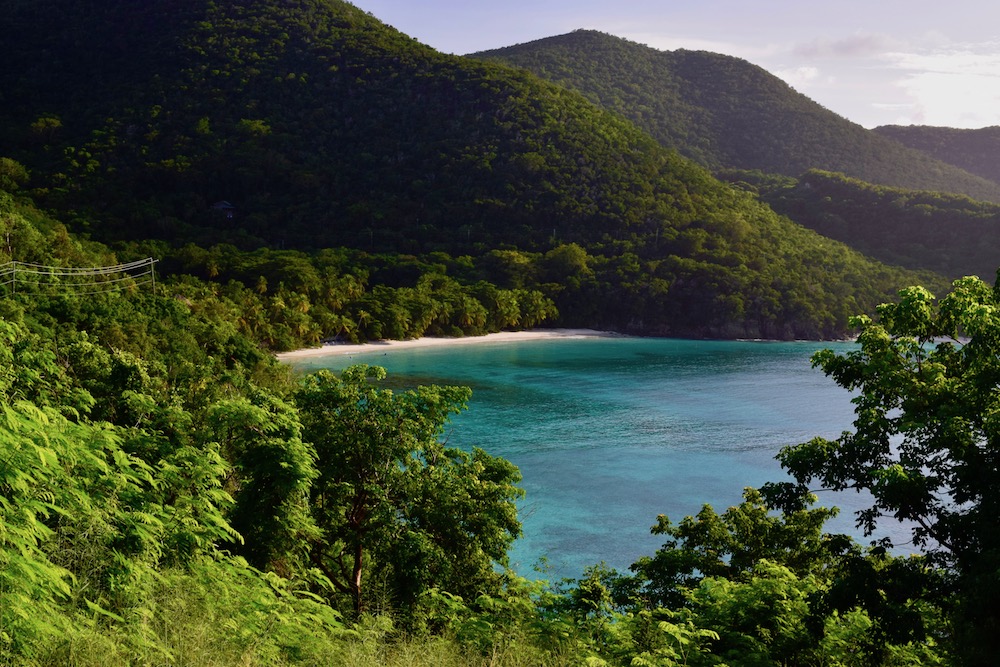 Did you know that one of the most picturesque beaches on St John was used for a few movies like “the Four Seasons“ and  “Columbus“ and only has parking for a few cars?

That’s right.  It’s Gibney Beach and Oppenheimer Beach located on Hawksnest Bay on St John. Originally owned by the Gibney family of New York, the 40 acre piece of property has been divided and sold in a number ways over the years. A small parcel of the property on the northeastern corner was sold to Robert Oppenheimer (an atomic scientist on the Manhattan Project, aka the Father of the Atomic Bomb) in 1957. The property was donated to the people of St John by Oppenheimer’s daughter after his death and now houses a community center that can be rented out for parties, gatherings and even weddings. Oppenheimer Beach is also the location of the iconic tire swing hanging from a palm tree that is leaning out over the water. Sadly, the palm tree and the tire swing did not survive hurricanes Irma and Maria. 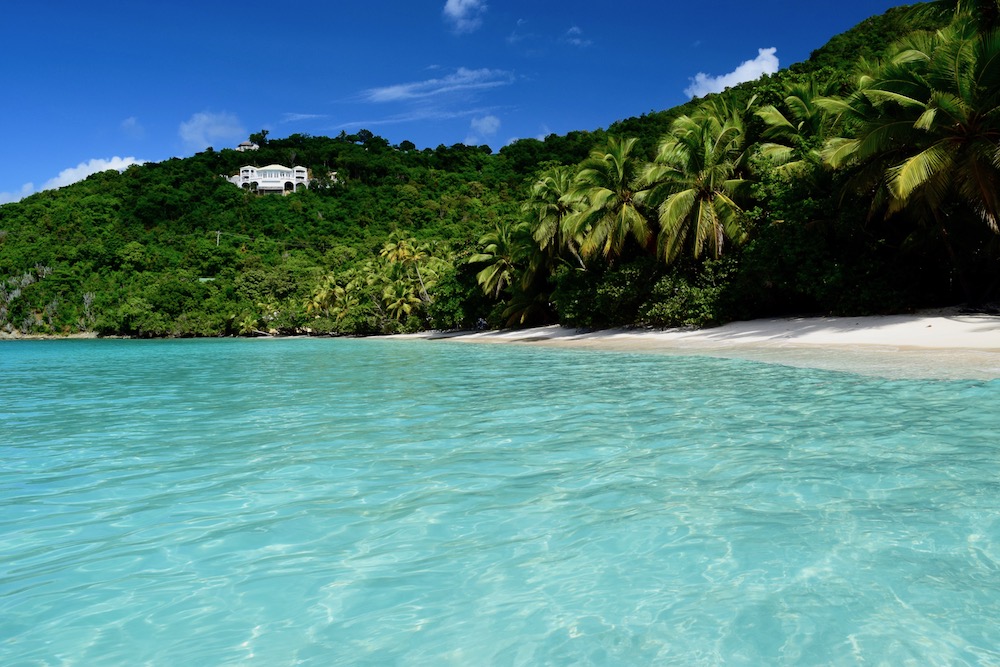 The remaining Gibney property is private and contains the original Gibney family home as well as two guesthouses. One is the Gibney Beach Cottage and is one of only a handful of vacation rentals directly on the beach in St John. The other is the Gibney Garden Cottage.  The beach area in front of the vegetation line is open to the public, but when visiting, please be respectful of the tenants there. The cottages are both visible from the water now due to Hurricanes Irma and Maria, but previously were tucked in behind luscious palm and seagrape trees that are beginning to grow back. 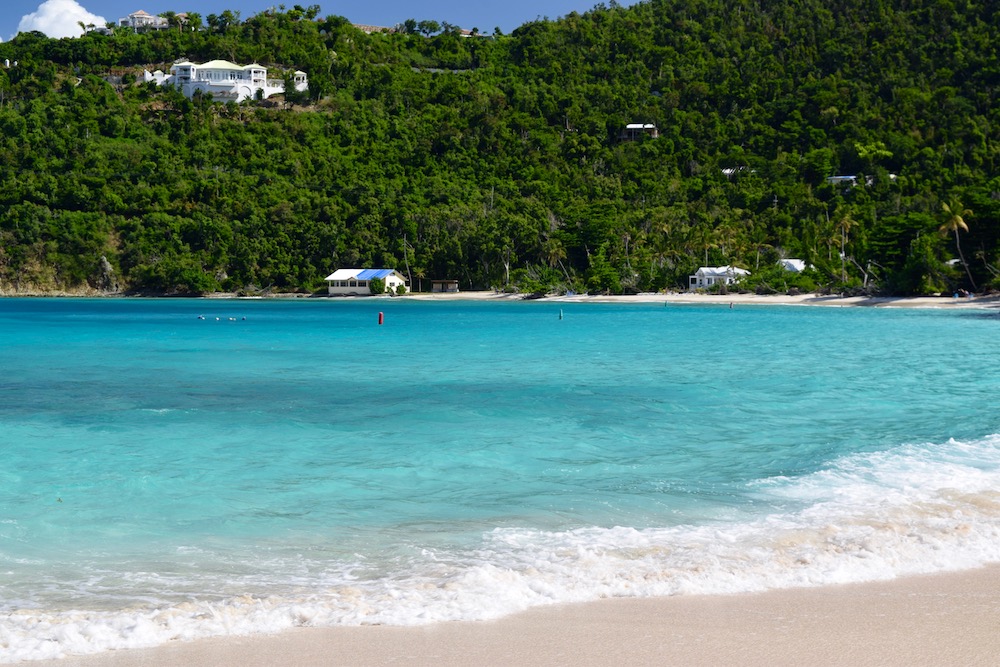 Still beautiful even now, Gibney Beach and Oppenheimer Beach is a perfect place to relax and feel like you are the only ones on the island.  Be sure to get there early as parking is limited. Driving along North Shore Road, look for the white picket fence on the left after Hawksnest Beach. Just after the picket fence is an iron gate that marks the entrance to Gibney and Oppenheimer Beaches. Do not block the gate. If you are lucky enough to get a parking spot, head through the gate and down the paved road to the community center on the right and beach to the left.